Inventory should be valued at the lower of cost and NRV.

Deferred tax to be recognized in respect of temporary differences which arise between the carrying amount and tax base of assets and liabilities, including the differences from the revaluation of non-current assets.

A deferred tax asset is recognized for an unused tax loss carry-forward or unused tax credit if, and only if, it is considered probable that there will be sufficient future taxable profit against which the loss or credit carry-forward can be utilised.

IAS 16 PPE requires all assets in the same class to be revalued.

Depreciation should be recalculated after revaluation.

Each part of an item of property, plant and equipment with a cost which is significant in relation to the total cost of the item must be depreciated separately.

The change in accounting estimate of useful life of an asset is permitted, but the audit team should be sceptical and carefully consider whether the change is justified.

A grant is recognised as income over the period necessary to match the grant received with the related costs for which they are intended to compensate. (The remainder should be deferred and released to profit on a systematic basis.)

Transactions should be initially recorded using the spot rate, and monetary items such as trade payables should be retranslated at the year end using the closing rate.

A qualifying asset is an asset which takes a substantial period of time to get ready for its intended use or sale. If modernisation meets the definition of a qualifying asset, then borrowing costs should be capitalized during the period.

An associate arises where there is significant influence over an investee.

IAS 33 requires EPS to be calculated based on the profit or loss for the year attributable to ordinary shareholders as presented in the statement of profit or loss. PFY/Profit after tax

The denominator should be based on the weighted average number of shares which were in issue during the financial year.

A diluted EPS needs to be presented, as a comparative for the previous year.

Being listed –> Attention of investors on EPS

The management should consider whether there are indicators of impairment and if necessary perform an impairment review on the licence. (There is a risk that the recoverable amount is less than the carrying value.)

When there is an indicator of potential impairment of the assets, management should have conducted an impairment review to determine the recoverable amount.
The recoverable amount is the greater of the fair value less cost to sell and the value in use of the assets.
As a cash generating unit the impairment should firstly be allocated against any goodwill relating to the cash generating unit and then be allocated against the remaining assets on a pro-rata basis.

Goodwill should be tested annually for impairment regardless of whether indicators of potential impairment exist.

A provision should be recognised where a reliable estimate can be made in relation to a probable outflow of economic resources and an obligating event has taken place.

A contingent liability should be disclosed if there is a possible, rather than probable, outflow of economic benefit.

For a restructuring provision to be recognized, there must be a present obligation as a result of a past event, and that is only when a detailed formal plan is in place and the entity has started to implement the plan, or announced its main features to those affected.

Research costs must be expensed.

Development costs are capitalised only after technical and commercial feasibility of the asset for sale or use have been established, and an intention and ability to complete the development and that it will generate future economic benefits.

The cost of acquiring patents for products should be capitalised and recognised as an intangible asset.

Once recognised, patents should be amortised over the period of their duration.

The amortisation method should reflect the pattern of benefits and Amortisation should begin when the asset is available for use.

IAS 38 requires that goodwill is tested annually for impairment regardless of whether indicators of potential impairment exist.

The liability in respect of the plan should be measured at fair value at the year end.

IFRS 2 Share-based Payment requires an expense and a corresponding entry to equity to be recognised over the vesting period of a share-based payment scheme, with the amount recognised based on the fair value of equity instruments granted.

A disposal group is a group of assets to be disposed of together as a group in a single transaction and liabilities directly associated with those assets that will be transferred in the transaction.

An entity shall classify a non-current asset (or disposal group) as held for sale if its carrying amount will be recovered principally through a sales transaction rather than through continuing use.

The asset (or disposal group) must be available for immediate sale in its present condition, subject only to usual and customary sales terms, and the sale must be highly probable(Price reasonable / Management committed / Active programme / within one year).

On classification of the non-current asset (or disposal group) as held for sale, it is written down to fair value less costs to sell (if less than carrying amount).

normally disclosed as current assets and liabilities (not offset).

IFRS 5 requires that the face of the income statement discloses a single figure in respect of discontinued operations.

IFRS 8 Operating Segments requires listed companies to disclose in a note to the financial statements the performance of the company disaggregated over its operating or geographical segments.

There is a risk that the segmental information provided is not sufficiently detailed.

There is a risk that revenues have been misallocated between segments and that the disclosure is inaccurate.

Speculative investments in equity shares should be measured at fair value through profit or loss.

This is a complex accounting issue, and there are numerous audit risks arising.
There is also a risk in determining the fair value of the derivative at the year end, as this can be judgemental and requires specialist knowledge.

On consolidation, the intercompany receivables and payables balances should be eliminated, leaving only balances between the Group and external parties recognised at Group level. (like a single entity)

If the intercompany transaction included a profit element, then the inventory needs to be reduced in value by an adjustment for unrealised profit.

Changes in a parent’s ownership interest in a subsidiary which does not result in the parent losing control of the subsidiary are treated as equity transactions. The gaining is recognized directly in equity and attributed to the owners of the parent.

Revenue should be recognised over time or at a point in time when control is passed. Such points will be determined by the contractual terms.
(There is a risk that the revenue from the sale of a licence should not be deferred at all.)
(Or there is a risk that the period over which the revenue is recognized could be inappropriate, resulting in over or understatement of revenue.)

The timing of revenue recognition should be in line with the period for meeting its performance obligations.

An entity shall recognize revenue only when it has satisfied its performance obligations.

Costs incurred to fulfill a contract are recognized as an asset if the costs enhance resources which will be used to satisfy performance obligations in the future, and the costs are expected to be recovered.

ISA 450 requires that ‘the auditor shall accumulate misstatements identified during the audit, other than those that are clearly trivial’.

ISA 450 requires the auditor to obtain an understanding of management’s reasons for not making the corrections, and to take that understanding into account when evaluating whether the financial statements as a whole are free from material misstatement. Discuss WHY

ISA 450 requires the auditor to communicate uncorrected misstatements to those charged with governance.

In addition the auditor is required to request a written representation from management and, where appropriate, those charged with governance with regard to whether they believe the effects of uncorrected misstatements are immaterial, individually and in aggregate, to the financial statements as a whole. 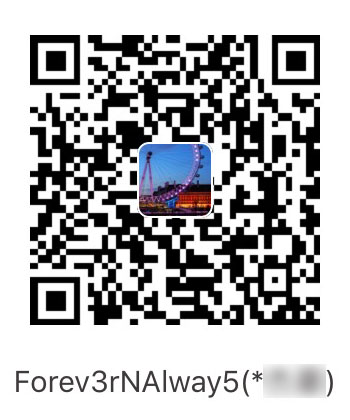 AAA Standards
IAS 1 The impairment should be separately disclosed as a single line if the impairment is material. IAS 2 Inventory Inventory should be valued at the lower of cost …
扫描二维码继续阅读
2020-09-03